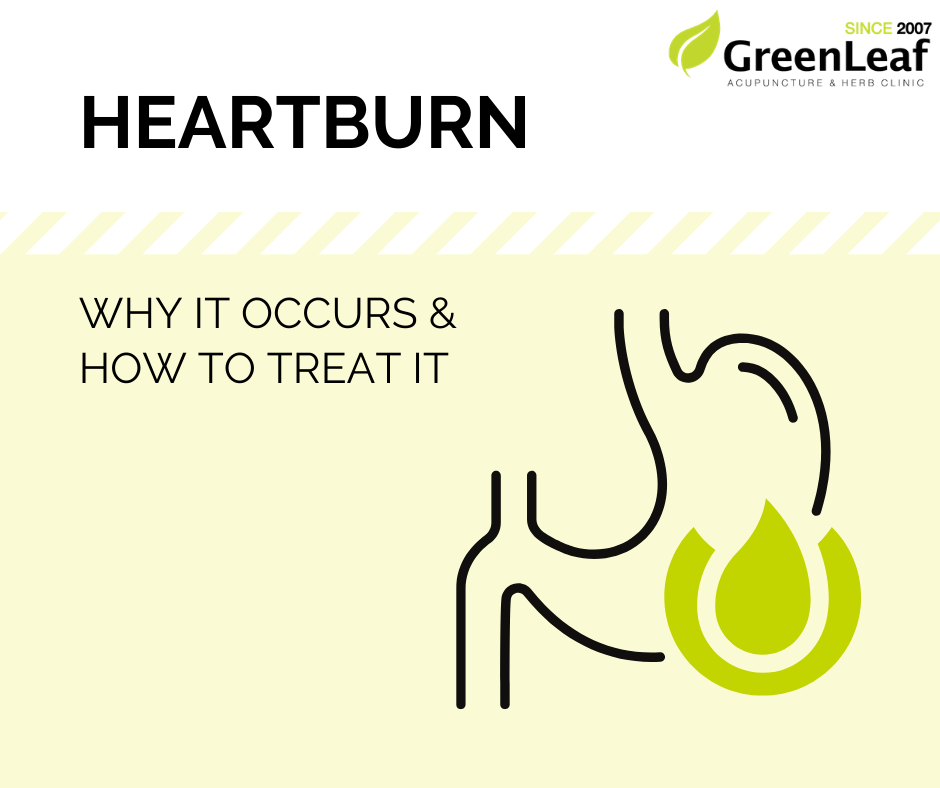 Many people who have neuropsychological symptoms such as insomnia and anxiety commonly complain of heartburn. Conversely, patients who come to our clinic for heartburn end up diagnosed with insomnia and anxiety. This is because gastrointestinal and neuropsychological disorders are inextricably linked. People who say “I have heartburn” will burp frequently and say that they are experiencing acid reflux. This generally causes bloating and indigestion. A common complaint is a stuffy and painful chest, accommodated by a squeezing or burning pain. This pain is a result of gastric acid reaching the esophagus. This is often confused with heart pain thus earning its name “heartburn.”

So why is this happening? There are many explanations, out of which the body’s response patterns to stress, especially through blood circulation, are the easiest to understand. When our bodies are stressed for a long time, they become resistant. Picture this scenario. If a bear were to appear in front of me, my body would go into a fight or flight response. In order to maximize my effectiveness, my body needs to increase blood flow to my muscles. One point to remember is the blood flow to the heart increases as the heart output increases. When blood is concentrated to our muscles, blood is consequently limited for the gastrointestinal tract. Because your body is fighting for life or death, thoughts of hunger are naturally inhibited and the digestive tract movement is slowed.

The same was true for Judy, who could not fall asleep due to stress. Upon visiting our clinic, she explained that she had an upset stomach. This was caused due to her being in a state of excitement. It is called a state of excitement and not a fever because the actual temperature does not rise, but due to blood rushing the body seems heated as the face turns red easily and the tongue appears in a deeper shade of red. Judy’s heart rate was about 85 beats per minute, whereas the average person has a heart beat of 72 beats per minute.

There are cases like Judy when fever is seen due to pure excitement and other cases like Helen, when the body itself is cold but the insides fill with heat. Like Judy, Helen could not sleep and experienced heartburn. However, Helen always felt cold and had diarrhea instead of constipation. In Eastern medicine, diarrhea while feeling cold is often associated with having a cold. Thus, Helen had both a fever and a cold.

Consequently, Judy and Helen were both treated with a medicine called Rhizoma Coptidis. Rhizoma Coptidis is a very bitter herbal medicine. So much so that China has a saying for it, “life is bitter like ‘Rhizoma Coptidis’”. Despite its bitterness, it is very effective and is the first medicine that comes to mind for patients whose bodies get excited due to stress and cause inflammation in the stomach (heartburn, indigestion, etc.). Most patients who use Rhizoma Coptidis are extroverted and are commonly characterized by their tendency to speak very quickly. Judy was separately prescribed a medicine for constipation called Radix et Rhizoma Rhei to control her fever and inflammation, whereas Helen was separately prescribed ginger to treat her fever and cold. Both patients were relieved of their insomnia and heartburn without any difficulty.

Gastrointestinal diseases are often not treated well through ambulatory prescription medication. This is especially true when the symptoms are associated with stress. In these cases, it is better to consider Eastern medical treatment as it takes into the consideration of both the body and mind as one. This is one of the greatest advantages of Eastern medicine.

“Doctor, I Have Indigestion”

Drinking Only Water Can Still Cause Vomiting