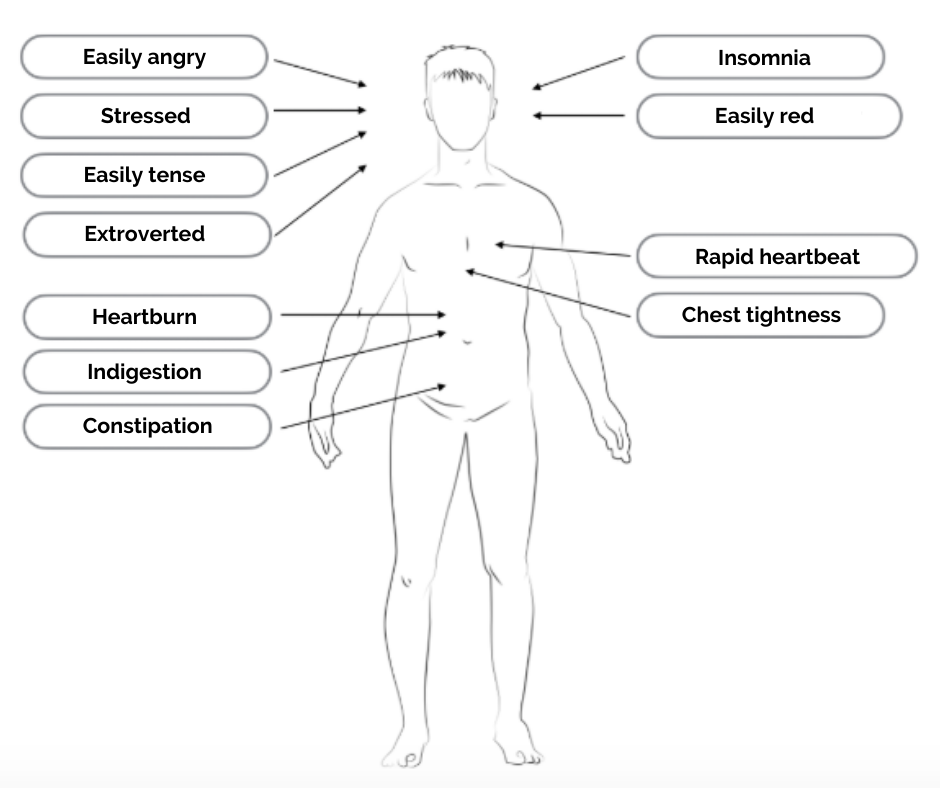 Adrian (pseudonym), a 36-year-old man, visited the hospital for symptoms of heartburn. He often suffered from indigestion, but even though he never overate or was under a lot of stress, the symptoms of heartburn and feeling stuffed would get worse. There were times he felt nauseous and would vomit. He would also often experience diarrhea and watery stools, and these symptoms would get worse when he drank beer or cold food. Additionally, it would take him more than an hour to fall asleep. Morevoer, he would feel angry, particularly more when under stress. If he ever felt anxious, his heart would flutter and his face would blush easily.

The reason why a person experiences a feeling of anger, heart fluttering, and redness in the face under stress is because the sympathetic nerves intensify when under stress. Imagine being chased by a bear. To run away as fast as possible, a rapid increase in energy in the heart  is necessary to supply more blood to the muscles.

Treat the inflammation in the stomach to ease symptoms of heartburn.

Treat symptoms of palpitation by easing the sympathetic nerves.

Treat nausea by normalizing the discharge from the stomach’s mucous membrane.

A combination of acupuncture points to treat various diseases and inflammations in the stomach.

Accelerate the peristalsis in the stomach to treat acid reflux.

Normalize the movements in the large intestine to treat diarrhea.