Insomnia: What’s the Reason Behind It? 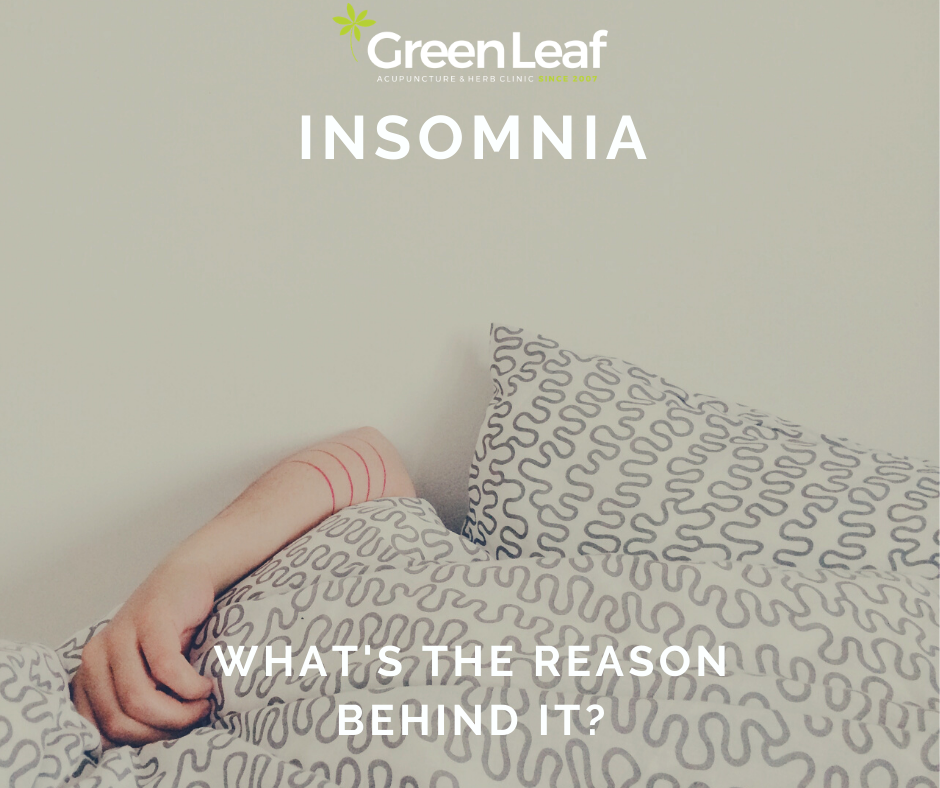 A lean caucasian woman in her 40s visited our clinic due to difficulties sleeping at night. Insomnia does not occur suddenly without showing any other problems in the body. As soon as we asked the patient if she had any other symptoms, she began to list them all out hastily. The first problem was difficulty digesting food. She often experienced indigestion, acid reflux and frequent burps. She was also very stressed which made it hard for her to control her anger and emotions. She would even often get red in the face and eyes. Although she would have high temperatures in her face and upper body, the majority of times, she would be cold. Her skin would easily get red and have bumps even from slight scratches, and she would not be able to wear earrings or necklaces that are not made of gold. Her heart felt like it was pounding and felt very stuffy. When we asked whether it was hard for her to fall asleep or to whether it was hard because she would constantly wake up during her sleep, she answered with the former condition.

Insomnia is divided into three types. The first is difficulty falling asleep. This is the condition where thoughts are clouded in the head and your body is exhausted but you cannot fall asleep. One hour, two, three hours will pass, but no matter how much effort is put into falling asleep, it is impossible. The second stage is frequently waking during sleep. This is when you wake up every few hours and have many dreams. Even if you sleep, it feels like you have not really had a good night’s sleep, and fatigue only builds up. The last of the three stages is waking up early in the morning and not being able to fall back asleep. In this stage, people often wake up around 3 AM or 4 AM and stay awake until they have to get ready for work in the morning. In general, when insomnia worsens, it is harder to fall asleep and easier to frequently wake up during the night. On the other hand, not having any trouble falling asleep and sleeping decently for a few hours, but waking up too early can exist independently.

The patient that came to see us experienced the case of having trouble falling asleep. So what was keeping the patient from falling asleep? To start, we saw the main issue as the brain’s excited state not being able to subside. The patient was a very sensitive and emotional person and rather than hiding her anger and suppressing her emotions, she was the type to express herself quite vocally. Trauma caused by certain events often causes the brain to stay stimulated, but in patients who are hot-tempered and sensitive, this condition can persist even without any specific trauma.

In Eastern medicine, Rhizoma Coptidis is a representative drug for treating patients like this case. It is a representative drug of bitter medicine, but the use is indescribable, so in China people say, "Life is bitter like Huang Lian (Rhizoma Coptidis)." Rhizoma Coptidis has an excellent effect of suppressing brain stimuli, sympathetic nerves caused by excessive stress. After taking this herbal medicine, the patient was able to fall asleep without any problems. Indigestion, acid reflux and extreme mood swings were also treated with this medicine. Eastern medicine always looks at the surrounding symptoms and the main symptoms together to approach the most effective treatment.

Early Cold Symptoms: Know Them to Block Them